No, Donald Trump did NOT buy Jeb Bush’s campaign site.

Here’s a bit of political news that’s Snopes worthy. There’s something floating around on Facebook saying Donald Trump bought Jeb Bush’s campaign site. Whether this is a bit of campaign propaganda to make Jeb Bush seem inept or just Facebook user gullibility, I don’t know. But we can perform some basic Internet research to find out if Donald Trump bought Jeb Bush’s campaign website.

As a little background, we’re a team of online marketers that do competitive website research and search engine marketing.

h2>The source of the rumor

We can use some very basic Internet sleuthing skills to disprove the rumor that Donald Trump bought Jeb Bush’s website.

@POTUSTrump isn’t the real Donald Trump Twitter account. In fact, the real account is aptly named @realDonaldTrump. That should be proof enough that there’s little merit to this rumor.

Maybe you’re hard to convince and this proof hasn’t led you to believe that Jeb Bush’s official campaign website was not redirected to Donald Trump’s site. Go to Google and do a simple advanced search operator. Google this search phrasesite:jebbush.com Here’s what you get

If Jeb Bush’s active official campaign website had been allowed to lapse, there would have been content in the search engine for it. But clearly, there is not content available in search because it was not an official website and had been up for auction for quite some time.

Using this tool, we’re able to see that JebBush.com has had no content on the site. It was originally setup in 2008 and redirected to jeb-bush.blogspot.com. If you visit that site you’ll see it’s a complete garbage spam website. This leads me to believe that Jeb Bush never actually hosted anything on the domain and it was purchased by a 3rd party.

If you do a Whois.net search for the domains JebBush.com and DonaldJTrump.com, you get different domain registration information. You can even lookup DonaldTrump.com as well to throw another domain in the mix. DonaldJTrump.com and DonaldTrump.com have the same Whois.net information registered with Godaddy, whereas JebBush.com is registered to Fabulous.com. This doesn’t appear to be consistent with how an organized political campaign would be run. One would think the domain would be registered with the same registrar as the official domains.

A Politico story back in December 2015 debunks this rumor and confirms the above data. Fabulous.com is a domain registration company that registered JebBush.com back in 1997. They’ve been sitting on it for almost 20 years. The re-direct is unaffiliated with Donald Trump’s campaign.

So to be fair, his campaign didn’t buy Jeb Bush’s website, but it certainly isn’t doing Jeb Bush any favors. The website is likely to only get visits if people type the domain directly into search or through some kind of elaborate phishing scheme. It doesn’t rank at all in search, so it’s not like people will find it through Google. However, it does seem that a presidential candidate should have a team savvy enough to understand the value of buying up similar domains. Especially an exact match for the candidate’s name. 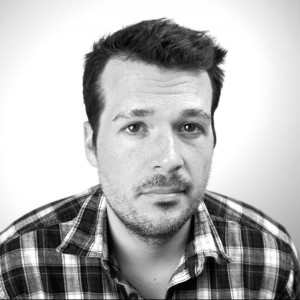 Graham Onak, Owner at GainTap
When not running the day-to-day activities of GainTap, Graham writes about technical optimization for websites and online marketing programs.

Google Custom Search Engine: Remove Ads From Your Site With These Alternatives

Here at GainTap, we find and fix serious issues with your website and marketing
so your business can get back to growing.